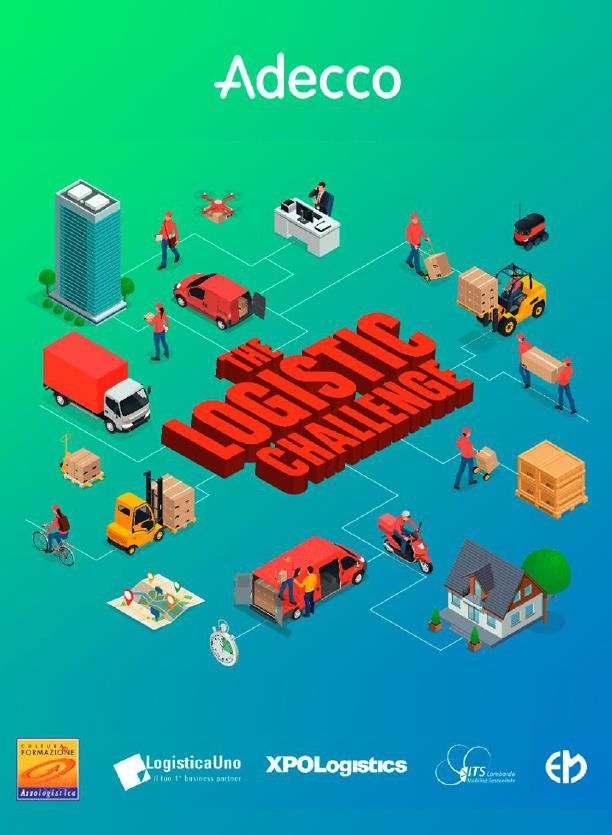 The training programme of Adecco and Assologistica Culture and Training

On 24 May 2019, the final day of The Logistics Challenge pilot project took place, organised by Adecco and Assologistica Cultura e Formazione, with the involvement as tutors of two companies in the logistics field: XPO Logistics and Logistica Uno.

The aim of the initiative was to establish a dialogue between companies and schools. It allowed students to measure themselves against their own professional future, while logistics companies were able to establish synergic relationships with companies useful for the implementation of school/work alternation projects in the field of operations. The project also intended to promote the development of new qualified professional figures that companies could eventually draw on to integrate their staff.

During The Logistic Challenge, the two competing institutes – the Istituto Majorana of Seriate (Bergamo) and the ITS Mobilità e Logistica Aslam of Somma Lombardo (Varese) – competed with four different projects. The students were divided into four groups, two for each institute, and worked to develop a real logistics project in a multidisciplinary way. Each project was then assessed by a competent jury, which chose the most innovative and effective ones during the award ceremony held at the Milan headquarters of The Adecco Group.

The project has highlighted the interest of companies in dynamic and constantly developing training environments. The Logistic Challenge will continue with a second edition, scheduled for the next school year. The new objective is to increase the number of schools involved and consequently the number of projects presented. The challenge will be to create ever closer links between schools and companies, with the aim of training qualified professional figures.

Sign up to our newsletter
to receive all the news
from the Logistica Uno world.

Sign up to our newsletter
to receive all the news
from the Logistica Uno world.

You can find out more about which cookies we are using or switch them off in settings.

This website uses cookies so that we can provide you with the best user experience possible. Cookie information is stored in your browser and performs functions such as recognising you when you return to our website and helping our team to understand which sections of the website you find most interesting and useful.

Strictly Necessary Cookie should be enabled at all times so that we can save your preferences for cookie settings.

This website uses Google Analytics to collect anonymous information such as the number of visitors to the site, and the most popular pages.

Please enable Strictly Necessary Cookies first so that we can save your preferences!